Madinah Nanyanzi was walking through the alleys of Banda, one of Kampala’s informal settlements when she saw a gathering of women, talking “light-heartedly” to each other under the facilitation of a counselor.

It was an Inter-Personal Group Therapy (IPT) talk, one of the World Health Organization’s (WHO) recommended first-line treatments for depression.

“They were speaking with relish and looked extremely happy. I wanted to know what was happening. I was going through a very hard and stressful time,” the 52-year-old narrates.

But that was about six years ago. She settled here to start life over after separating with her husband.

“I was sad, and desperate after divorce. I settled in a zone known for prostitution, and without a job and means of livelihood, I settled for that,” she explained.

With a booming business to cater for the needs of her household, the new Nanyanzi embodies resilience, hard work, hope, and inspiration to countless women in her community, the very society that seemed hostile, all thanks to counseling therapy.

Every year, she spearheads four cycles of inter-group therapy sessions which have helped 1,000 women to recover from depression, the world’s largest single mental health disorder, which accounts for 800,000 suicide deaths annually.

The WHO says depression results from a complex interaction of social, psychological, and biological factors. People who have gone through adverse life events (unemployment, bereavement, psychological trauma) are more likely to develop depression.

Uganda is among the top six countries with the highest number of people living with mental disorders on an African scale. Statistics show that about 1.7 million Ugandans are currently struggling to overcome depressive and anxiety disorders. 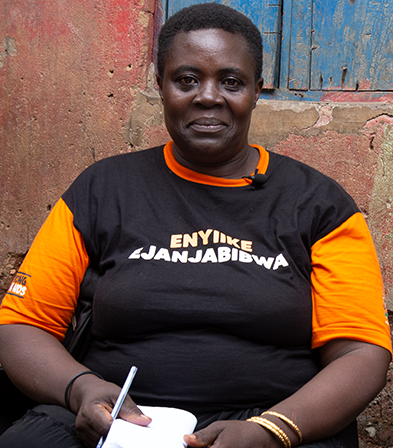 “I settled in a zone known for prostitution, and without a job and means of livelihood, I settled for that ... But that past is my testimony. I want to help as many women as I can because I know that depression is curable,” she explains.

Depression is rampant in rural and urban slum communities due to factors not limited to poverty, disease, and loss. The surging depression levels come at a time the country is rapidly urbanizing. Experts have noted that strategies that address these challenges have the potential to promote mental health among people living in low-cost urban communities.

“Mental illness in poverty looks very different from people who are doing economically better,” says Christina Ntulo, a depression therapy expert and Country Director at Strong Minds Uganda, an organization treating depression at scale in the country and Africa.

The Ministry of Health says it has had to change its approach to prioritize mental healthcare as part of general care, on realizing the soaring rates of mental disorders.

“We have integrated mental health into general healthcare. We have trained healthcare workers at all health facilities in managing the common mental health disorders,” Dr. Hafsa Lukwata, Assistant Commissioner for Mental Health at the Ministry of Health.

Dr. Lukwata notes that the plan was mooted from the fact that psychiatric care is not easy to come by. Country’s psychiatrist ratio is 0.08 psychiatrists per 100,000 people.

“These people are few and are not able to reach everywhere,” she says.

Mental Healthcare in Uganda is largely hindered by lack of awareness, social stigma, cost, and limited access and availability. But while the government strives to fill the psychosocial support gap, there are several public education and awareness campaigns, and social movements and initiatives that are being introduced at the grassroot level to buffer its efforts.

Strong Minds Uganda is just one them. The organization is building a communal system in rural and urban Uganda to create a homegrown mechanism that counters depression among women and adolescents through peer-to-peer therapy, teletherapy, public education, and partnerships.

How it is working

The VHTs are trained in mental health, depression, the concept of therapy, and administration before they are sent to their communities to mobilize and start mass sensitization. Their work is closely supervised by a therapy expert from the organization.

“During supervision, we are always ready to come in and ensure that the community mobilizer is thorough while explaining to the community,” says Prossy Nansamba the organization’s supervisor.

The trained VHTs and community mobilizers cluster community members during sensitization, where they are psych-educated about depression, relating to their existing challenges.

A Needs Assessment Form is then issued to the participants to evaluate their psychosocial needs. The forms are taken by the supervisor for scrutiny and scores are given.

“After sensitization, they do pre-assessment and a person who scores below five is considered not depressed. But those above are regrouped and once they score above 10, they are recruited into therapy sessions for eight weeks,” Judith Bishemimana a mental health facilitator and supervisor at the organization.

The conversation that Nanyanzi overheard on her evening stroll had been between a community mobilizer and women in 2016, when the organization was setting foot in Banda.

'I am the testimony'

Banda, a 150-acre informal settlement, situated 7 kilometers east of Kampala Central Business District is home to over 50,000 people who settled here from different parts of the country, in the quest for economic opportunities the city offers. It is the most crowded community in Nakawa, one of the five Divisions that make up Kampala.

Strong Minds Uganda Pitched camp here to pilot the people-to-people therapy program and the results can only be reflected in the numbers Nanyanzi handles annually.

“My past is my testimony, I want to help as many women as I can because I know that depression is curable,” she explains.

Strong Minds started Inter-group therapy sessions in Uganda in 2014 but it is present in other parts of Africa. 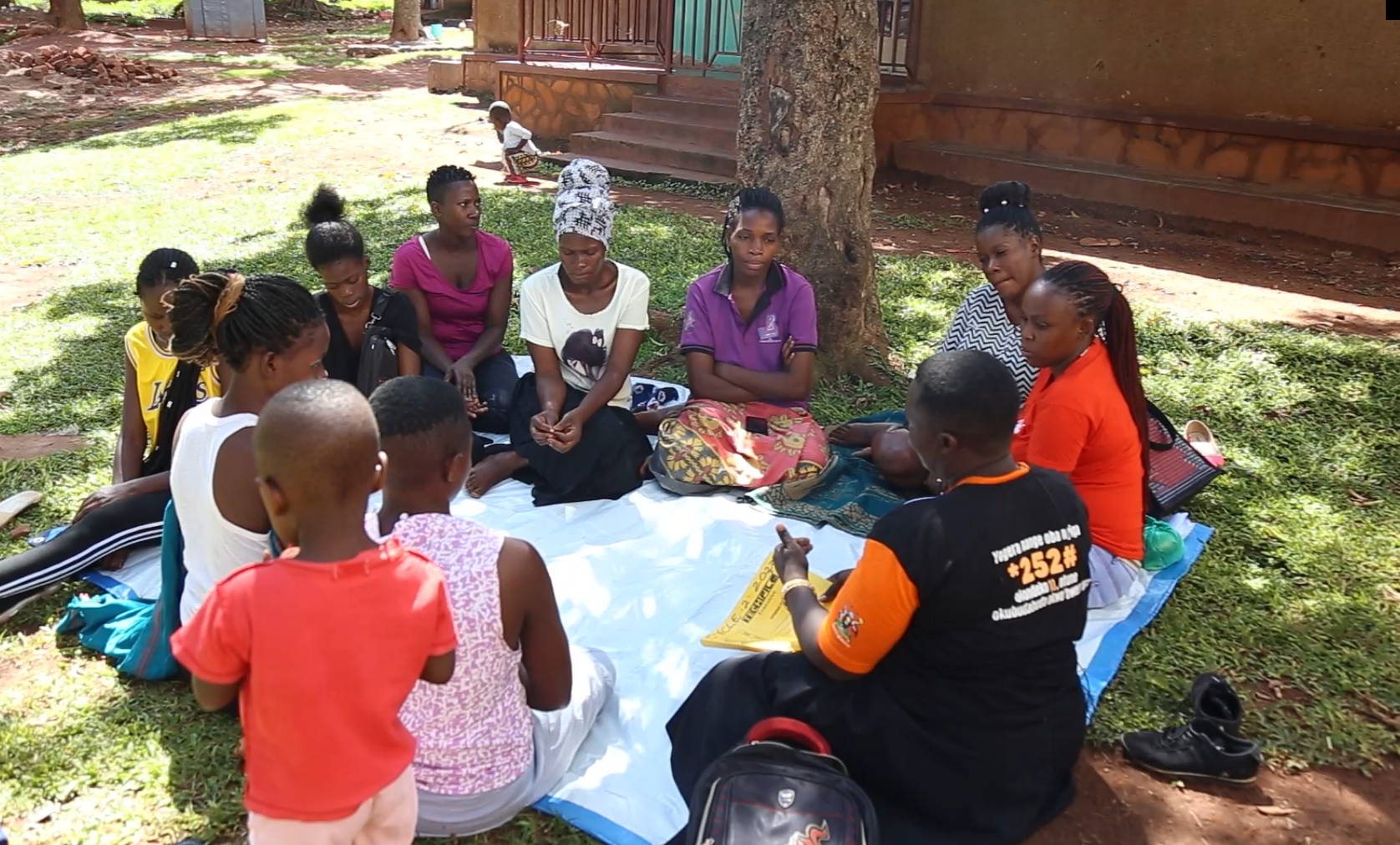 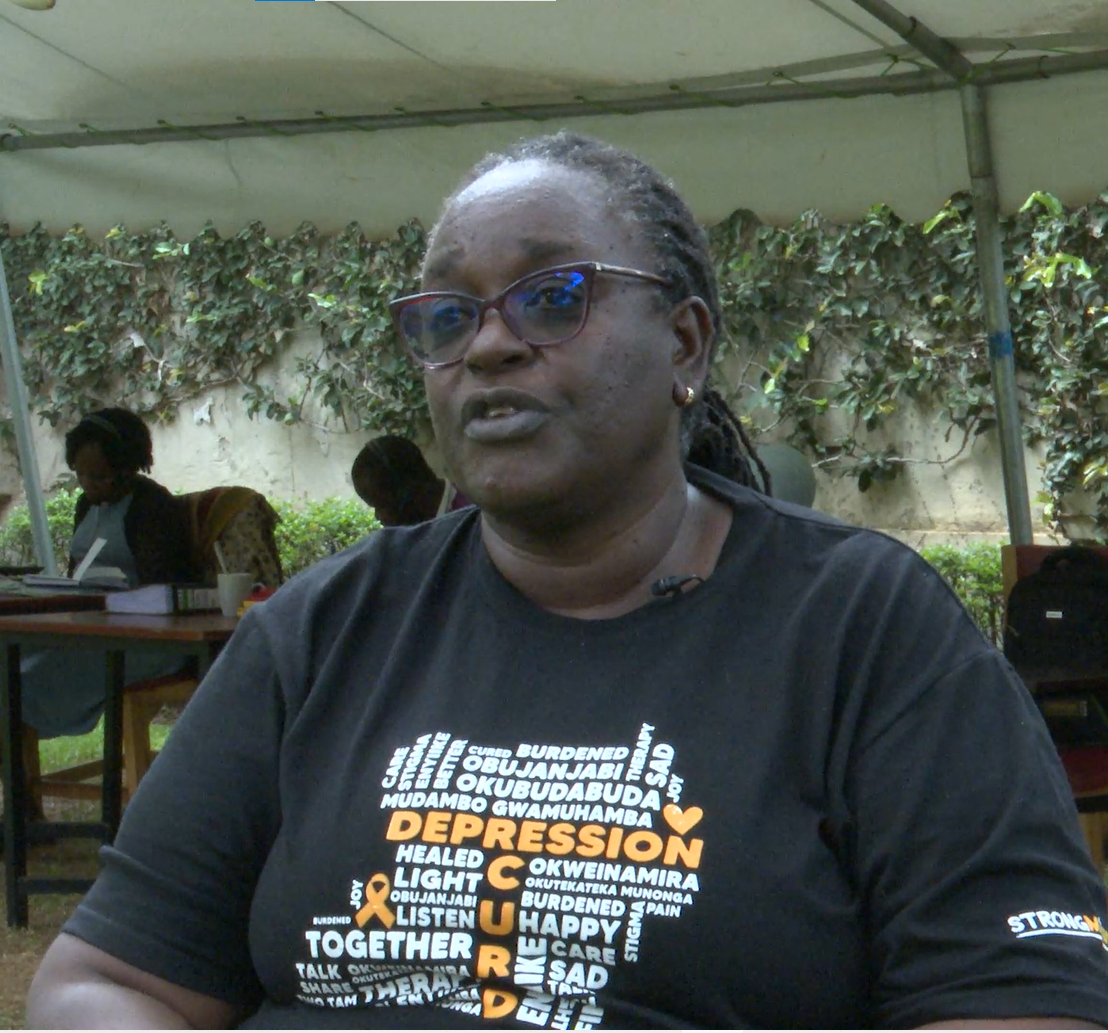 The organization’s communal treatment approach has seen 140,000 women with depression treated in Uganda and Zambia.

Christina Ntulo, the Country Director at Strong Minds says they are now running an exponential model in which the number of clients being treated every cycle will be increasing. The last 8-weeks cycle treated about 18000 people countrywide, through 801 volunteers and 76 staff members on the ground.

There are about 801 volunteers spread across the country who are products of therapy. This model supports everyone from youth to adults except men, who are dealing with depression and anxiety disorders.

However, the community peer facilitators like Nanyanzi don’t take the place of mental health experts, but they use their lived experiences to help fellow women navigate complicated systems and support them through challenges.

Research studies and controlled trials show that peer-to-peer support is effective in dealing with mental disorders. They help others have better self-esteem and self-worth, engage more in self-care, and find solutions to their problems.

The success of such strategies such as these being introduced in Uganda are coming on the backdrop of WHO research findings which indicated that the global prevalence of anxiety and depression increased by 25% in the first year of the COVID-19 pandemic.

As the WHO Director-General Dr. Tedros Adhanom Ghebreyesus said in reaction to these findings, it should be “a wake-up call to all countries to pay more attention to mental health and do a better job of supporting their populations’ mental health.”