Farming for The Future: Ugandans Use Technology to Lure Youths Back to Agriculture

Luweero region is a vast territory with ideal soils for farming. But young people have abandoned fields for charcoal burning which brings quick money.

A mother and her baby pictured harvesting cabbages at a vegetable garden outside Luweero town. Photo by Dan Ayebare.

If you grew up in Uganda, there is a good chance you relate with a farming household. We love the dirt and pride in it, because more than 70% of us find livelihood in agriculture.

But like Ababu Ssenyondo, of Luweero, a town 75 kilometers north of Kampala, there is a possibility you struggle to connect mobile digital technology, a sleek white-collar enterprise, with farming.

“To tell me that I could use a smart phone (mobile application) to source farm-workers, and equipment such as spray and irrigation pumps sounded rather impossible,” he says, explaining his reaction a few months ago when he learned that there was a platform offering a related service.

Ssenyondo for example is a small-scale vegetable and fruit farmer dealing in tomatoes, cabbages and watermelon. His produce is largely consumed in the town, while a small potion makes it to Kampala food markets through middlemen.

The 37-year-old has longed to increase production to make more money. His plan has been to plough back the all the income from this season’s produce but “the land is small; the rains are unpredictable and my energy is wanning”.

“The only way to make money in farming is to produce more … you need land, tilling and irrigation to make big profitable project,” he explains says. 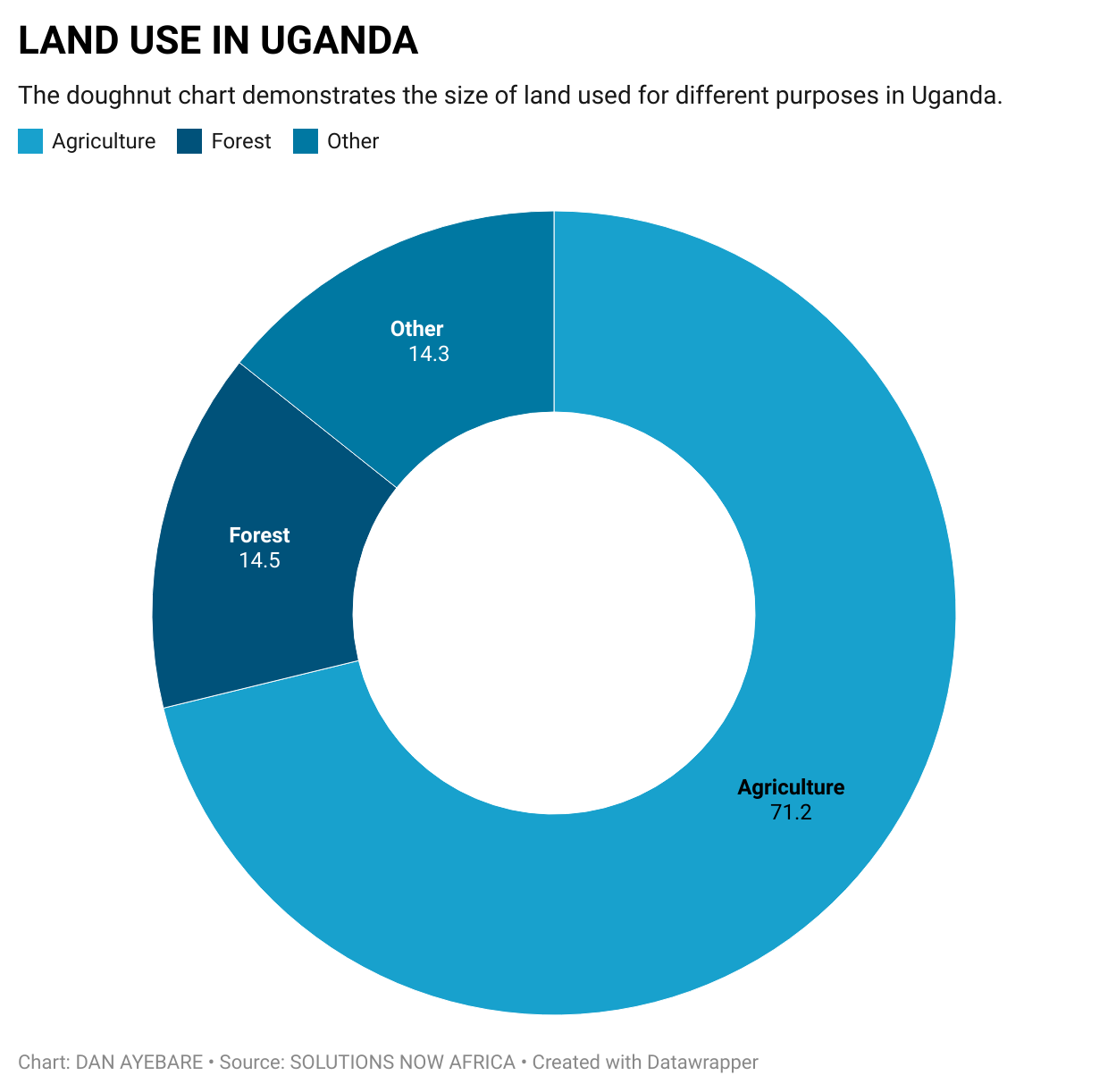 Services on the Application

Luweero region is a vast territory with ideal soils for farming. But young people have abandoned fields for charcoal burning which brings quick money. In the last 10 years, they have destroyed about 86,000 hectares tree cover, endangering the land according to data provided by the district local government.

It is representative of country’s land-use paradox. Of the 70% arable land cover, about 30% is being cultivated, and rudimentarily. Studies further show that only 1.2% of farmers are for example irrigating their crops while1.3% can afford tractors.

Ugandan farmers are also its poorest population group. For decades, access to essential equipment and services to improve their productivity, yields and value addition capabilities has been a lifetime dream.

Paul Zaake, is the Managing Director at AgriShare Uganda, a digital a social enterprise seeking to bridge this gap. He is using Luweero to pilot his quest to make agriculture lucrative and attractive.

AgriShare came to the limelight in 2019, during an African Innovation Exhibition in Zimbabwe. The web-based application connects farmers to services like land for hire, tractors, irrigation equipment, and labor and value addition equipment.

Zaake told Solutions Now Africa it is “an avenue for demand to meet supply”.

“A big number of Ugandans are doing agriculture but we all know most farmers are poor and living with hunger. The reason is, most farmers are using rudimentary ways and lack resources which are needed to improve their output and families in general,” says Zaake.

The AgriShare has since registered over 50,000 clients since it was rolled out in March 2021. Zaake says 500 resource owners who have earned a fair deal of income on their services on the application.

He is also recruiting and training standby farm-workers to close the labor gap. One of them is Lauben Nabaasa, who hails from Ntungamo district in Southwestern Uganda.

“I was introduced to the company (Agrishare) by a friend. They trained me in several farm activities and later connected me to my current employer,” Nabaasa intimated.

Nabaasa is manages a farm for Mansoor Kyazze’s farm in Butuntumula subcounty. Kyazze’s 15-acre mixed farm had been laying idle for about 3 years.

“After a long struggle to source workers and tractor for the banana and eucalyptus project, I was referred to AgriShare by a friend at the district local government. That was a relief for me. I ordered for ten farm workers and a tractor. The work had struggled and procrastinated to do was done in a few days,” he says as he beams with happiness.

AgriShare’s farm-worker recruitment policy is seeking to employ at least 1 million young people from different parts of the country who are willing to offer labor in a space of one year.

“We first train them and offer them the counselling and offer guidance on how to go about the task, says Sonia Nakiyingi, the Partnerships Officer at the enterprise.

But like Ssenyondo, many farmers and farm-workers don’t have access to smart phones and mobile digital technology. In 2021, the GSMA estimated that Uganda had a smartphone adoption of 16%, markedly lower than the 30% average for Sub-Saharan Africa.

Zaake says Agrishare has a network of agents, who help farmers and service providers, to connect even without smart technology. He personally reached out to Ssenyondo who has already hired an irrigation pump for his two-acre tomato project.